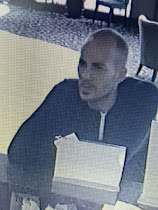 (From the Carthage Police Department)

The Carthage Police Department is currently working a homicide at 2701 S. Hazel (Quality Inn). One victim was pronounced deceased on scene and another victim sustained gunshot wound and was transported by EMS to a local hospital listed in stable condition.
The suspect Lane J Stephens 29 yr old white male of the Carthage area was last seen at 1937 S. Garrison where a victim reported the suspect stole her vehicle at knife point.
The suspect then fled that scene in her White 2009 Hyundai Santa Fe with Missouri license plate of 2KBH01. (Note: the vehicle was later found abandonded at Civil War Road and Pine)
The suspect is to be considered armed and dangerous. If anyone has information regarding the whereabouts of the listed suspect please call 911.