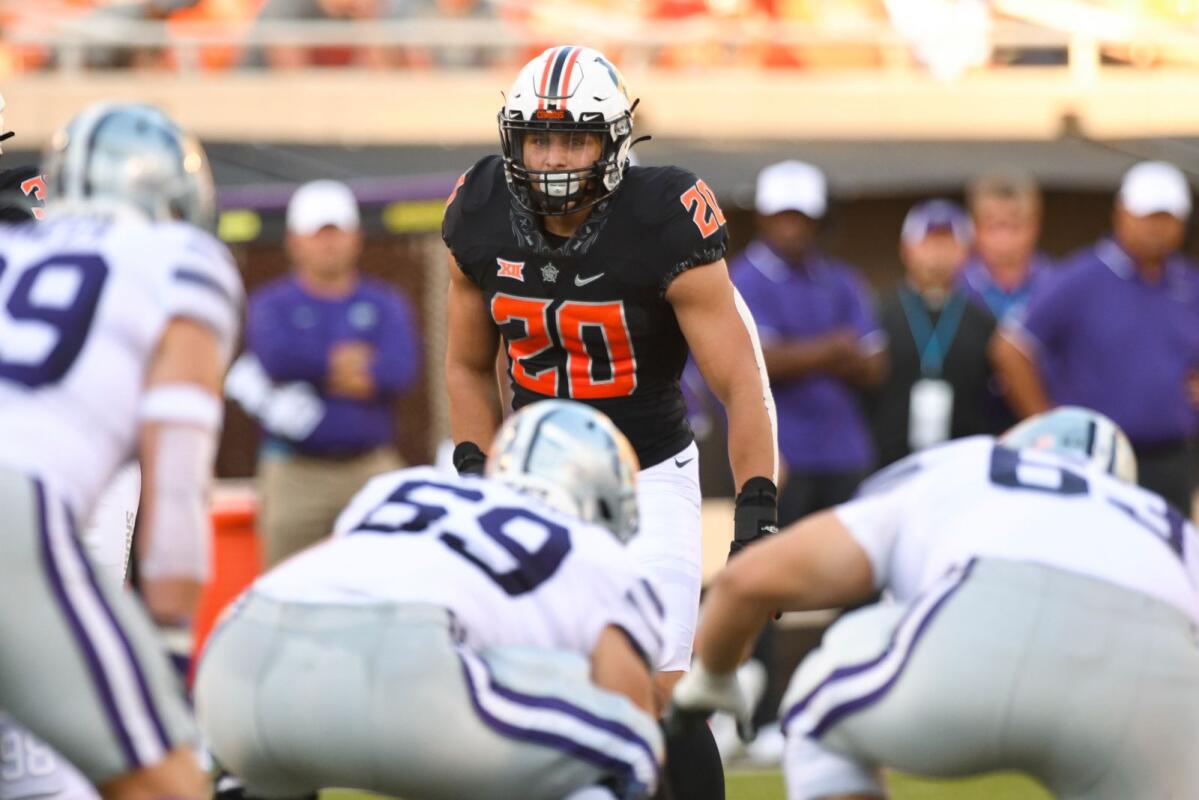 AMES — Oklahoma State is one of two undefeated teams left in the Big 12.

That’s an impressive feat, no doubt. But the Cowboys haven’t exactly looked like world beaters. Their biggest margin of victory was 11 points and came against Kansas State. Oklahoma State beat FCS Missouri State by just seven.

The Cowboys have some impressive players, but can Oklahoma State keep relying on them to eek out victories?

Rodriguez is one of the most productive linebackers in college football.

The former Oklahoma high school wrestling state champion is all over the field and if he’s not making the tackle, he’s hip-tossing 300-pound offensive linemen.

Rodriguez has led the Cowboys in tackles for the past three seasons. He’s always around the ball and he’s a consistent and sound tackler.

Oklahoma State’s first two entries in the five-players-to-watch story are both defensive players for the simple fact the Cowboys defense has been really good to begin the season.

Oklahoma State has the second-best defense in the Big 12, behind Iowa State, and Rodriguez and Harvell-Peel are big reasons why.

Harvell-Peel has the third-most tackles on the team with 34. He leads the team with two interceptions and has a pass breakup as well.

Oklahoma State running back Jaylen Warren has given the Cowboys offense a needed boost. (Associated Press)

Warren, a transfer from Utah State, has been a revelation for Oklahoma State.

With Chubba Hubbard going to the NFL, L.D. Brown was expected to be the workhorse for the Cowboy offense, but Warren has come in and been electric for Oklahoma State.

The 5-foot-8 Warren has rushed for 705 yards and six touchdowns in six games. But those six games come with a caveat.

He barely played in Oklahoma State’s first two games. He rushed for just 9 yards in the first game and for 37 yards in the second game while Brown was the starting running back. After Brown’s injury against Boise State, Warren’s production exploded.

Warren has rushed for 167 yards per game over the last four games.

Martin is Oklahoma State’s Xavier Hutchinson. He’s the Cowboys’ go-to guy and they don’t really have another one who has put up the same kind of numbers.

Martin has 27 catches for 365 yards and two touchdowns.

Martin missed the Texas game last week and his status for Saturday is unknown.

Sanders has been Oklahoma State’s starter since his redshirt freshman season.

He was the Big 12 Freshman of the Year after an impressive rookie campaign, but the problem is he really hasn’t progressed. In fact, the argument could be made that he’s regressed this season.

The junior is completing 59 percent of his passes and has thrown six touchdowns and five interceptions. Three of his interceptions came against Baylor.

Iona wants another upset while No. 4 Kansas doesn't

A Century After Massacre Shown In HBOs Watchmen, Travelers To Tulsa See Reconciliation And Growth

4StateNews · 2 hours ago
@4StateNews
Post Edited: Duke’s Banchero makes his case to be No. 1 pick with performance against Holmgren https://t.co/ULNwQVgFI3 https://t.co/6UvzXahHKJ
View on Twitter