Where COVID-19 cases are surging before US election 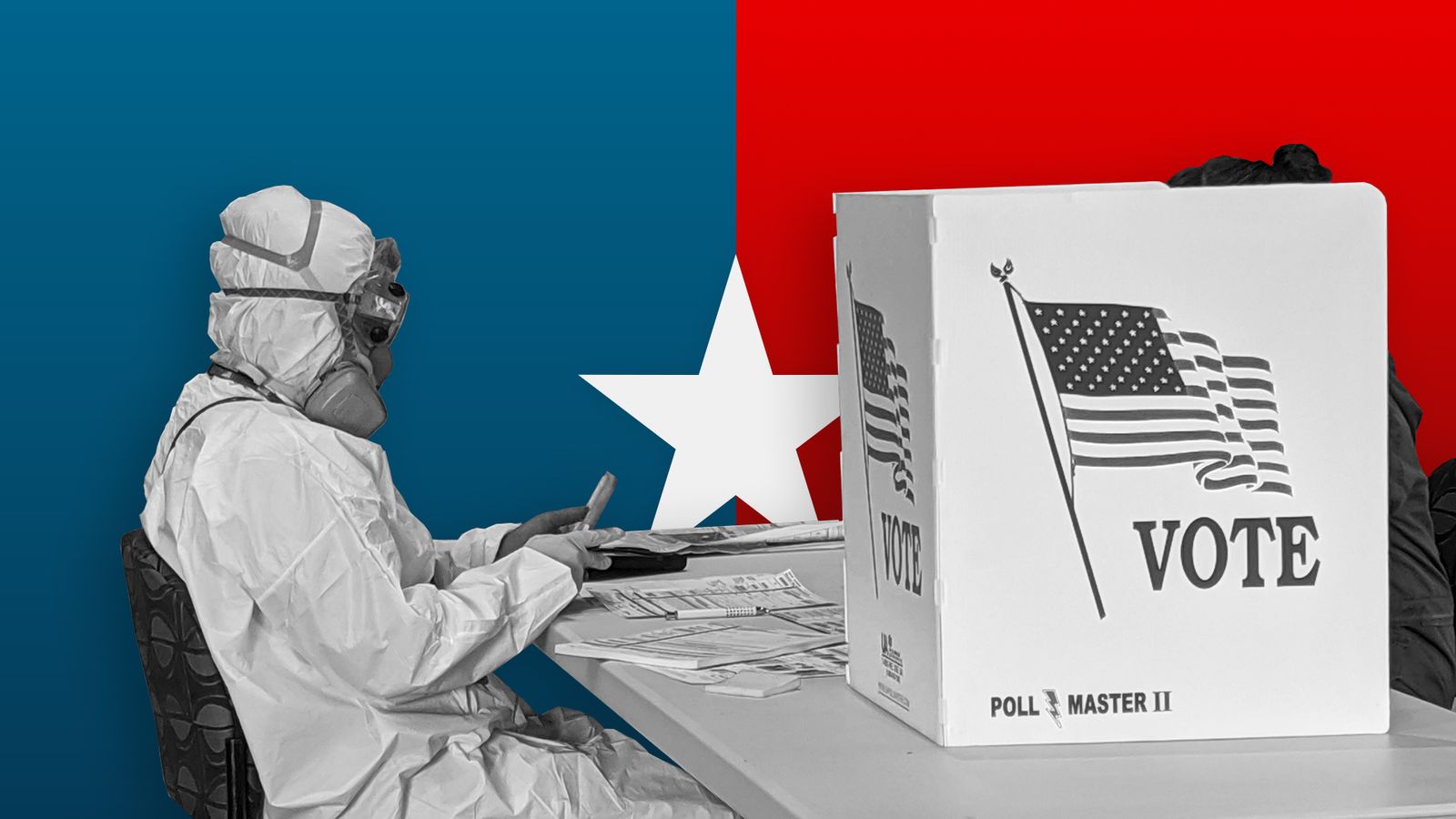 The 2020 US election has been dominated by the virus, and ahead of polling day cases are surging in most states.

Donald Trump and Joe Biden may disagree about the handling of the pandemic, but the facts are indisputable.

One in every five cases and deaths worldwide has been recorded in the US.

In the past week cases hit a new high, with several states – including crucial battleground states – seeing record infections and deaths.

And unlike in comparable European countries, the number of daily infections did not substantially drop during the summer in the US, and it is now rising up again since mid-September.

Around half of the US states registered record numbers of of COVID-19 cases during October, with 19 of them in the last week.

The majority with rising cases are safe Republican states, but more than half of the key battleground states have seen cases spike ahead of the election.

Pennsylvania, where polls currently show Joe Biden in the lead, reported a record daily high of 2,751 new cases on Monday.

While in Wisconsin, another key state that Mr Trump needs to hold on to, there was a new daily record of 5,262 infections and 64 deaths.

The map below shows where cases are spiking, with the biggest increases in cases in the midwest and cases under control in safe Democrat states on the east and west coasts.

But cases have been rising faster in other states with lower infection rates, such as New Mexico, where they have doubled in the last two weeks compared to the two weeks before,

The positivity rate, the number of cases per 100 tests, is also high in almost all the states. The World Health Organisation recommended in May a rate of 5% to have the epidemic under control.

4StateNews · 2 hours ago
@4StateNews
Post Edited: A message for July 4 from Rep. Megan Godfrey: America can be better and it will take more than https://t.co/NA4DXd779z https://t.co/J2H7z52I3s
View on Twitter

4StateNews · 6 hours ago
@4StateNews
Post Edited: What the Supreme Court has wrought: Questions about in vitro fertilization https://t.co/vUsDj4jOzf https://t.co/Vuy1rdFloH
View on Twitter

4StateNews · 7 hours ago
@4StateNews
Post Edited: R Kelly on suicide watch 'for his own safety' not as a form of punishment, US authorities say https://t.co/oFQIpdznyn https://t.co/oXMiJ5z8pH
View on Twitter

4StateNews · 13 hours ago
@4StateNews
Post Edited: The African Union at 20: some reason to cheer, but lots of work ahead https://t.co/8VyhPlv11L https://t.co/tD7HClXvqk
View on Twitter