It’s a sobering thought when the eldest son of Atlanta’s most famous civil rights leader looks you in the eye and tells you American democracy is under threat and he’s worried about the possibility of another civil war.

With just one full week of campaigning in the US elections to go, Martin Luther King III tells us this is the most important election in his lifetime.

“It’s important largely because of the kind of leadership that the president has provided. It has not been the leadership to bring people together. It has been leadership to create division – and that division also reverberates around the world.”

Many of his fears stem from his belief that the country’s commander-in-chief is a racist. “None of us can judge what’s really in his heart,” he says. “We can only judge his actions… and the actions certainly, definitely say racist.”

And those actions have stoked racial divisions in Georgia, he says. “I think that he has certainly contributed to it. It’s almost like he stokes the flames… it’s almost like putting lighter fluid on a fire.”

So the election, he believes is vitally important.

We’re both standing in the shadow of a giant sculpted face commemorating another of the city’s civil rights heroes, John Wesley Dobbs, who was known as the unofficial mayor of Atlanta and founded a number of civil rights organisations.

In the hollow rear of the monument a homeless man is curled up sleeping. Several men wander past us during the interview looking dishevelled and down on their luck. “There are masses of black people still living in poverty,” Mr King says matter-of-factly.

His father’s dream, in probably his most well known speech, is still far from realised for so many fellow black Americans.

In 1963, at the Lincoln Memorial at the March on Washington for Jobs and Freedom, Martin Luther King Jr yearned for a different world for his eldest son (now 63-years-old) and his three other children.

He dreamed of a day where they would live in a “nation where they will not be judged by the colour of their skin but by the content of their character”.

But nearly sixty years on, his eldest living child admits: “We haven’t yet achieved that concept. We’re still first judged by the colour of our skin.”

He rattles off a list of black Americans killed at the hands of police – George Floyd, Breonna Taylor, Rayshard Brooks – all killed this year. “And this happens over and over again,” he says. “Clearly we haven’t achieved that level of racial inclusion where you treat everyone the same way.”

But he insists he’s still optimistic, that he still has hope. “Without hope, you wouldn’t be able to go on.”

Right now, he’s putting all his hopes on his fellow countrymen and women putting an end to the Trump era, otherwise he believes democracy in the “Land of the Free” is seriously at risk.

“The president sometimes acts as if he’s the king or queen or a dictator,” Mr Luther King III continues, “and that’s not the way democracy operates. He acts in a fascist way and that’s what’s so tragic because his supporters don’t seem to see that”.

The eldest son of one of Atlanta’s most famous’ residents (Kanye West appears regularly as THE most famous Atlantan) was just a young boy, 10 years old, when his father was assassinated in Memphis, Tennessee.

He and his other siblings have spent their lives preserving their father’s legacy. Right now, that means galvanising people to get out and vote and make a difference. He’s anxious about voter suppression and about all votes being counted.

Like many black Americans across the country – and in Georgia in particular – he is deeply suspicious about subtle and not so subtle tactics to thwart the black vote which has become increasingly significant in the Peach State because of the rapidly changing demographics here with a large influx of black, Latino and Hispanic workers into the area. 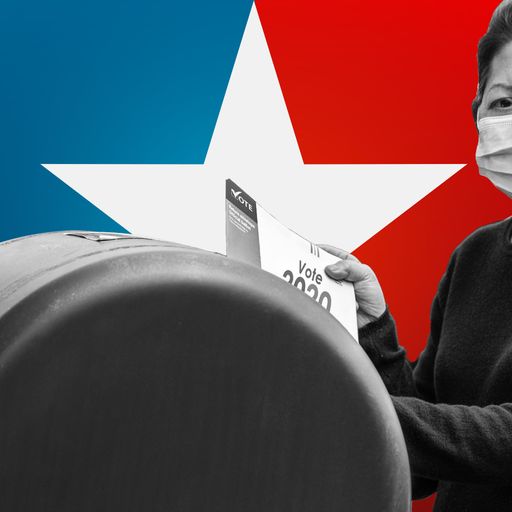 Will the US election result end up in court?

A state which has been traditionally Republican “red” for decades appears on the cusp of flipping to Democratic “blue”.

Georgians have been experiencing long lines to cast their vote early with some talking about waiting for 11 hours.

Mr King cites problems over voter IDs and how those who don’t use their vote are removed from electoral rolls, sometimes within a matter of years. He says: “If you don’t drive for five years, you still keep your driving licence. Why is it different for voting?”

He suggests if the election counting is conducted in a completely straight forward manner, there will be a big upset.

“It is possible we will have turnouts that we’ve never seen before,” he says. “And if those votes are counted, I think president Trump will be defeated… if they’re actually counted.

“If there are issues which could be the case, and they’re not all counted and a lot are thrown out, then again, he could win. And that will be very sad.”

And he’s nervously worried about a disputed election and the chatter about taking up arms. “Everyone is buying up guns,” he says, “on both sides. And I’m very concerned that there’s even talk of civil war.

“To me that’s a very sad sign… and frightening. Because you can’t shoot the problem out.”

4StateNews · 2 hours ago
@4StateNews
Post Edited: A message for July 4 from Rep. Megan Godfrey: America can be better and it will take more than https://t.co/NA4DXd779z https://t.co/J2H7z52I3s
View on Twitter

4StateNews · 6 hours ago
@4StateNews
Post Edited: What the Supreme Court has wrought: Questions about in vitro fertilization https://t.co/vUsDj4jOzf https://t.co/Vuy1rdFloH
View on Twitter

4StateNews · 7 hours ago
@4StateNews
Post Edited: R Kelly on suicide watch 'for his own safety' not as a form of punishment, US authorities say https://t.co/oFQIpdznyn https://t.co/oXMiJ5z8pH
View on Twitter

4StateNews · 13 hours ago
@4StateNews
Post Edited: The African Union at 20: some reason to cheer, but lots of work ahead https://t.co/8VyhPlv11L https://t.co/tD7HClXvqk
View on Twitter